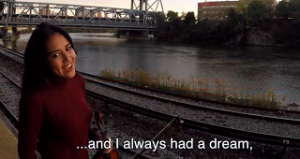 “This Magic World” by Mariana Osorio

Our 2016 Travel Video Contest has come to an end and we couldn’t be more pleased with the results. Not only did we have more entries than in the past, but the quality of videos that we received was amazing! Each year we’re truly inspired by the messages within the videos we receive as they each include a very personal story consisting of both past events and future dreams.

This year we received 159 entries from motivated students around the globe. After much deliberation, we were able to narrow down the list to the top 15 finalists, including our outstanding Viewers’ Choice video. From there, our top line-up of international educators, supports and travelers (also known as our judging panel) chose the final winners and here they are:

The $4,000 Grand Prize Winner: Mariana Osorio with “This Magic World“

If you haven’t checked out our contest videos yet this year, you can continue to watch them from here. Congratulations to our winners, it’s truly an accomplishment that you’ve achieved. Thank you once again to each of the 2016 Travel Video Contest participants and judges.

This entry was posted on Saturday, November 19th, 2016 at 6:26 am and is filed under Competition. You can follow any responses to this entry through the RSS 2.0 feed. You can leave a response, or trackback from your own site.

One Response to “Congratulations to the 2016 Travel Video Contest Winners”