Broadcasting in Portuguese in the US 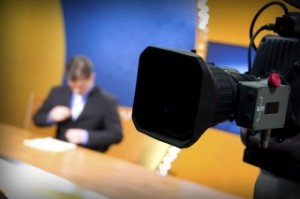 As a country famous for its diversity, the United States certainly has no shortage of jobs in television and radio for people who speak languages other than English. The Portuguese or Portuguese-speaking community, whose members in the US are referred to as “Luso-Americans,” is a small but expanding American demographic and is a growing source of jobs for those students looking to work in broadcasting in Portuguese in the US. Let’s take a look at where geographically America’s Portuguese-speaking communities are strongest and what the various Portuguese-language broadcasts are.

For international students ready to work within broadcasting in Portuguese, the Northeast is overwhelmingly the best place to start the career search. Massachusetts is a particularly welcoming state for Portuguese speakers; a long history of Portuguese emigration to Massachusetts set the stage for Brazilians to do the same in the late 1900s, resulting in a current-day Massachusetts in which Portuguese is the second-most-spoken language after English. Nearby Portuguese-heavy states include Connecticut, Rhode Island and New York.

Massachusetts is home to one of the only Portuguese-language television stations in America, aptly named The Portuguese Channel. There is much more work in broadcasting in Portuguese within radio around the Northeast: Massachusetts’s WSRO, WHTB, and WJDA; Connecticut’s WFAR.