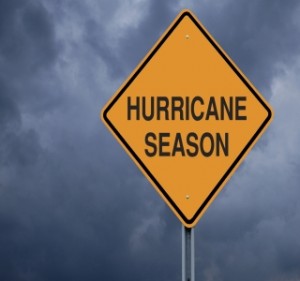 In many parts of the world, hurricane season is back, which gives us flashbacks to hurricane season last year. No one was sure what was going to happen when Hurricane Sandy hit the east coast of the US last year in October. Many called it a “Frankenstorm” and, in the end, there were several tragic deaths and billions in damage from flooding and fires.

Hurricane Sandy also caused massive power outages throughout the east coast. While just an annoyance to many people, who just want to watch movies or be online during the storm, there are others whose lives depend on the power being on. On such group is people in a hospital.

So when the power went out in the NYU Medical Center in Manhattan, doctors were forced to quickly and carefully transport all of their hundreds of patients out of the hospital and into safety somewhere else. Among the sick and injured patients that needed to be moved were newborn babies, some of them in the ICU.

This was a moment for doctors to really shine. These people with careers in medicine saved lives with more than just medicine in this evacuation. They carried and wheeled people out of the dark hospital and into safety in the same way that they would have prescribed medicine or performed surgery any other day.

The story is not all happy though. Unfortunately, there was a plethora of medical research lost in the hospital damage and by the power outage. Samples and certain types of tests in cancer research need to be kept at low temperatures, but due to the power outage from Hurricane Sandy, many of the samples were no longer good, and had to be thrown out.

Despite being one of the most powerful storms to hit that part of the country in over a hundred years, the hard work of doctors and many everyday people stopped the storm from being a complete catastrophe.

No Responses to “Hurricane Season is Back: Remembering Hurricane Sandy”