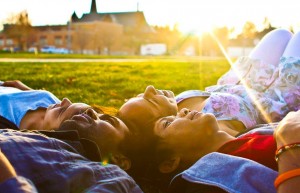 If you haven’t already heard, the Essay Contest Finalists have been decided upon! We received hundreds of great essays from international students and after much careful consideration our judges picked the top six essays. In no specific order here is a rundown of the finalists:

Before Take-Off by Simone Lim: When preparing to leave home to study abroad there is much more that goes into packing than simply choosing a favorite shirt. Simone shares her emotional journey and how it started before she even left.

Amazing English Language by Atajan Abdyyev: Atajan shares his interest in not only learning English as an international student, but the various accents within the language as well. Does he ever figure out what homeboy means?

Culture Shock Or A Lesson Towards Life by Eshul Rayhan: While studying abroad may seem like a dream come true, Eshul discovers it is also full of life lessons that he must learn the hard way.

Mother’s Fear Means She Wants You Near by Milan Djurasovic: Get the inside scoop on the shock Milan’s mother went through after hearing her son is moving to Russia and find out if she actually let him go!

Trip Of A Lifetime by Maan AlBani: Maan receives a life-changing piece of advice and makes it his personal mission to give citizens of Saudi Arabia a good name. Check out what tactic he tries and if it works.

Parents Are Always Right by Sofia Camacho: What used to be musical torture for Sofia as a child becomes the backbone of learning life success.

You can read each of these real international student essays by visiting the essay contest finalist page.

Next week the grand prize essay contest winner ($200) will be announced along with the second ($75) and third ($25) place winners. Make sure you check back the week of September 23rd for the announcement!

This entry was posted on Thursday, September 19th, 2013 at 10:19 am and is filed under Competition, International Student, Study Abroad. You can follow any responses to this entry through the RSS 2.0 feed. You can leave a response, or trackback from your own site.