Sports Broadcasting for the NBA 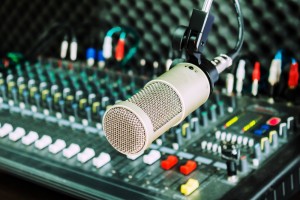 For over 60 years, the National Basketball Association has been the top level of professional basketball in the U.S. and has provided entertainment to fans worldwide. If you’re an international student who is into broadcasting, basketball, or just sports in general, then working in television broadcasting or radio broadcasting for the NBA could be a great career path for you.

There are plenty of jobs for international students to have in broadcasting for the NBA. For technical-oriented individuals, the NBA’s Broadcast Operations and International Media Distribution departments oversee the operations and actual physical broadcasting of NBA media around the world. International students who are more interested in broadcasting administration, specifically in regard to broadcasting strategies and creative approaches, can find a home in the Communications or Creative Services departments; these departments determine the business and creative strategies for NBA broadcasts, among other duties. Candidates drawn to new media will have their hands full with the Interactive Services department, which covers all material, video or otherwise, coming in and out of NBA.com. Finally, NBA Entertainment Production, programming, and photos creates and distributes a huge volume of media spanning television, film, web, and more for the NBA’s production division.

Basketball and broadcast enthusiasts can also find ways to work in broadcasting for the NBA without working for the NBA proper. Television stations like ABC, ESPN, TNT, and NBA TV are the common national television broadcasters of NBA games, while NBA Radio and ESPN Radio are popular radio stations with NBA broadcasts. There are also numerous regional television and radio stations cover games within smaller areas. In addition, any sports program or even news program is likely to include regular coverage of NBA news, highlights, and stories. All in all, these options, both for the NBA and outside of it, provide plenty of ways to get into broadcasting for the NBA throughout the country.

To make themselves better candidates for NBA broadcasting jobs, broadcast students should work as close to the field as possible. Studying sports broadcasting is a great resource, whether it’s an available major, concentration or class. Other broadcasting educations, such as studying radio broadcasting are great also, but make sure you acquire experience to specialize in sports or basketball more specifically â€“ intern at a local sports station or work in broadcasting with your school’s athletics department. Put in your work and you can make yourself an attractive option to NBA broadcasting employers.

Broadcasting for the dynamic and worldwide NBA can be a great career, with plenty of different options for any broadcasting type.

4 Responses to “Sports Broadcasting for the NBA”