Ways to Celebrate in December as an International Student 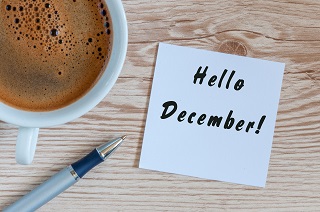 December is almost upon us which means the holidays and end-of-year celebrations will keep you busy while on Winter break. In countries around the globe, December is a month of festivities, religious days, family time, and getting rest. If you are wondering how to best enjoy the month, here are some of the most popular holidays celebrated worldwide during the month of December and how to celebrate them.

To get December started, countries like Colombia, Venezuela, and Ecuador celebrate the Day of the Little Candles on December 7th. This is a catholic tradition celebrated on the eve of the Immaculate Conception (December 8th). It also marks the unofficial start of the Christmas festivities in these countries. Around 7pm on this day, people go out in the streets and place candles and paper lanterns on sidewalks, porches, balconies, and squares in honor of the Virgin Mary and the Immaculate Conception. 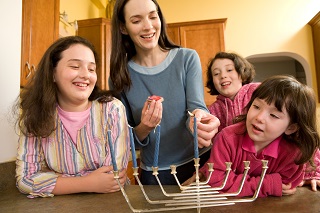 A very popular Jewish holiday celebrated in many parts of the world is Hanukkah. Hanukkah is celebrated in honor of the rededication of the Holy Temple in Jerusalem which in 165 BC was done by the Maccabees after its desecration by the Syrians. The holiday lasts eight days and nights and it is marked by the successive kindling of eight lights. This holiday is sometimes known as the “festival of lights”. It involves the nightly menorah (a eight branch gold candelabra) lighting, special prayers and fried foods.

In countries like Mexico, Honduras, and Guatemala, December brings a week long holiday to spend with friends and family. Las Posadas is a nine-day celebration in which the story of the nativity of Jesus is reenacted. The word “posada” means “lodging” or “accommodation”. During the nine days, people will dress as the Virgin Mary and Joseph and a certain house (usually different ones every day of the nine day festivity) will be designated as the “inn” where Mary and Joseph go to seek shelter before she gives birth to baby Jesus. Once at the posada, the attendants will pray around the nativity scene and share time in family. This will also involve different foods and drinks typical of the region where the Posada takes place. 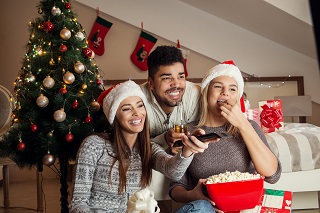 This is probably the biggest holiday celebrated worldwide during December. Christmas is celebrated in the morning of December 25th by opening the presents that Santa Claus or Saint Nicholas has left under the Christmas tree the night before. However, in some catholic countries, many people begin the festivities the previous day by finishing the Posadas or Novenas prayers at night. After, they will wait until midnight when baby Jesus is born. In these countries, baby Jesus is the one to bring the presents and kids will open their presents at midnight instead of the next day.

Day of the Innocents – December 28th

This holiday celebrated in many countries in Latin America is their version of April Fool’s day. In the catholic bible, it marks the day when King Herod orders to execute male babies in Bethlehem in order to kill baby Jesus. This day originally was celebrated to honor all of those innocent victims, however, there hasn’t been much evidence of this historical event taking place. Instead, the holiday has taken a turn and people treat it as a day when they can play pranks and tricks on each other. 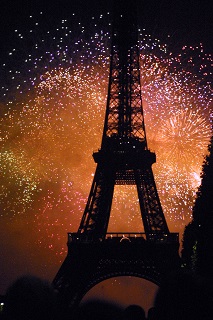 To wrap up this great month, the festivities continue until the last day of the year. In most countries, New Year’s eve marks the beginning of another year and the end of the previous one. Cities like New York have their famous “Ball Drop” in Times Square. In Paris, the night sky lights up with the amazing display of fireworks around the Eiffel Tower. In countries like Colombia, people will burn a scarecrow toy that represents the year that ends.

There are definitely many holidays that you can celebrate around the world in December. If you ever want to travel to any of the countries we mentioned, a great place to find cheap flights for international students is StudentUniverse. While studying abroad, we always recommend joining in the festivities of the country you are and making incredible memories.

This entry was posted on Friday, November 24th, 2017 at 5:00 am and is filed under International Student, Student Travel, USA Holidays/ Traditions. You can follow any responses to this entry through the RSS 2.0 feed. You can leave a response, or trackback from your own site.

Yessica joined the team in 2016. Originally from Colombia, she migrated to the United States in 2005 with her family. While living in Kansas, she attended Kansas State University. Her interest in education and international studies along with her experience in bilingual customer service led her to EIC. She has also had the opportunity to travel to Mexico, Brazil, and Colombia. When not in the office, you'll find her immersed in a good book or with her dogs at the beach.

Other posts by Yessica Prato