The Importance of Cross Cultural Awareness in Business 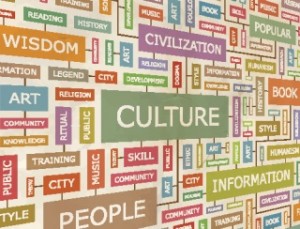 Imagine you are part of an advertising campaign for the toothpaste brand Pepsodent. You want to sell your product in a town in Southeast Asia by drawing attention to the whitening aspect of the paste. Later you and your campaign team find out that the local natives chew betel nuts to blacken their teeth. Your toothpaste doesn’t sell because you did not know that the culture you were trying to sell your teeth whitening toothpaste to finds black teeth attractive.

This blunder happened to Pepsodent and hundreds of other companies across the world. For example, Kellogg’s Bran Buds cereal overtook a name change in Sweden when they found out that the name could be translated to “burned farmer.” And when an American company proposed to the British that they “table” a topicâ€”not discuss itâ€” confusion arose as the phrase “table” means the direct opposite in Great Britain.

These mistakes and countless of others could have been avoided with proper training in cross cultural awareness.

The importance of cross cultural awareness is crucial, especially in communication fields such as advertising and public relations. A simple slip up in language or etiquette can heavily damage the company or campaign. The key is to think globally. In the field of communications, the world is connected through media. This connection means that the media channels, producers, advertisers and writers must think critically about each culture they are communicating to and ensure that the campaign will work well with their audience. International students can start thinking globally by studying abroad and learning about other cultures around the world. Keeping a multi-cultural perspective may come in handy one day when your advertising agency asks you to create a campaign in a different country.

No Responses to “The Importance of Cross Cultural Awareness in Business”