Public Relations Degree for a Job in the Entertainment Industry 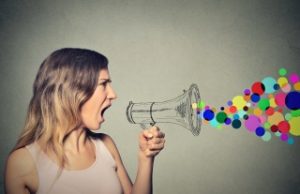 Students looking for careers in creative writing for entertainment should check out public relations! Public relations for entertainment in the US is a complex web of promotion and crisis management with many opportunities for international students. You could find yourself dressed as a superhero making a promotional appeal for the latest comic book movie adaptation; or working as a press agent for a major celebrity or public figure trying to save their career from their latest public scandal. With twenty-four hour news and Internet blogging, any story can take a turn whether good or bad, and be circulated around the world in seconds. Working within public relations, it is your job to make sure the story always has a happy ending.

For students interested in jobs in creative writing, public relations for entertainment can be a high-pressure, yet high-reward business. With an endless list of public figures and celebrities embroiled in high profile scandals you might have your work cut out for you. International students looking for careers in creative writing for entertainment, or studying creative writing for public relations, should expect to develop a comprehensive knowledge of how to write for various forms of media. Writing the traditional press release is still very relevant in modern American society, but knowing how to manage and manipulate social media like Facebook, Twitter and Instagram can be equally as important to the success of your client. Rewards for this seemingly stressful occupation include getting to be a part of cutting edge, new media projects before they become public, getting to mingle with movie stars, and receiving a hefty pay check.

The US is a melting pot of almost every different culture, religion, and ethnic group from around the world. International students that choose to pursue careers in creative writing for entertainment have a long list of potential employment opportunities in public relations. Knowing how different minority groups in the US will positively or negatively respond to specific promotional or critical situations, make international students looking for jobs in creative writing invaluable to the public relations industry.

Global promotional events are also becoming increasingly frequent. A major Hollywood film will not only have a huge opening in Hollywood, but in London, Paris, Sydney, Tokyo and beyond. When seeking jobs in creative writing for entertainment, coming from a different culture yet studying how to write for the public relations industry in the US could give an international student an advantage when looking for a job in this profession.