Determining the Best Schools for Game Design in the US 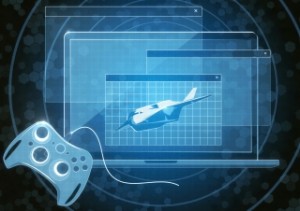 The best schools for game design in the US will be those thatâ€”in addition to their being renownedâ€”equip a graduate to serve in their desired capacity on a game design team. Game design is a broad field and not all game design degrees are created equal. It is important for international students who want to study game design in the US to figure out in which capacity they would like to work on designing a game. For instance, would they rather work in graphic design, texturing levels or rendering objects, or would they rather supervise part of the production process? This knowledge will help determine which institutions represent the best schools for game design given a particular student’s career goals.

Institutional rankings are an excellent place to begin a school search. However, many of the best schools for game design in the world are located in the US. Therefore, the most significant criteria in deciding between the top schools for game design must be a student’s own, and priority should be given to those institutions whose specialization will equip the student to take on the role they desire on a design team upon graduation. Thus, it must ultimately be an international student’s personal criteria and career goals that distinguish between which of the top schools for game design represents the best choice for them.