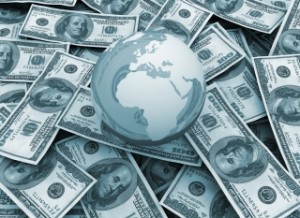 Dartmouth stresses the importance of international engagement to all individuals at the institution whether it be through research, study or collaboration, and considers it a tradition for students to take part in the program. They currently offer more than 40 foreign study or language study abroad programs to their students and the opportunity to apply for funding toward their international exchange.

After experiencing the international world when serving in the NAVY, Guarini realized the importance of international travel and gaining global perspective. Guarini’s gift will allow Dartmouth to expand their study abroad program to under-represented areas of the world, allowing students insight, both intellectually and culturally, into locations that were not previously available. Guarini also previously endowed the Italian Language Study Abroad program at Darmouth.

Still answering yes to the question “could you use $10 million?” While students might not directly receive a portion of the $10 million, those who attend Dartmouth and experience the world through a study abroad program will receive a share of the gift- even if only through experience.

This entry was posted on Saturday, June 15th, 2013 at 11:35 am and is filed under International Education, International Scholarships, Study Abroad. You can follow any responses to this entry through the RSS 2.0 feed. You can leave a response, or trackback from your own site.