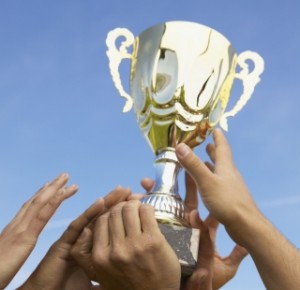 Last year the Business Journal launched Social Madness, a social media competition for businesses throughout the US to participate in; there were almost 4,000 companies that participated- together they generated nearly 14 million new Facebook likes and 2.2 million new Twitter followers. The contest is back, this year the competition launched June 3 and International Student has decided to join in!

Social Madness is a business competition that measures the social engagement of the participating companies. The winner of Social Madness is established through two outlets: social media engagement on Facebook, Twitter, Google+ and LinkedIn, and votes. Social media engagement is measured through natural activity including likes, shares and comments. When it comes to voting, each company is put into a group based upon city and if they have a small, medium or large social media presence at the start of the competition.

If you were able to follow Social Madness last year, you might notice that there have been a few changes made this year including:

Last year the winners were as follows:

Make sure you check out the Social Madness competition and support your favorite company that is competing by following and enjoying their social media efforts! If you would like to cast your vote for International Student, you can vote here.

This entry was posted on Saturday, June 8th, 2013 at 7:00 am and is filed under Competition, International Student. You can follow any responses to this entry through the RSS 2.0 feed. You can leave a response, or trackback from your own site.

No Responses to “The Social Madness Competition Has Now Started!”

Getting Part-Time Work as an International Student
The 2021 Travel Video Contest is Now Open!
What Are Intramural Sports?
Boost Your Career Prospects at Manchester Metropolitan University