How Do International Students Choose? 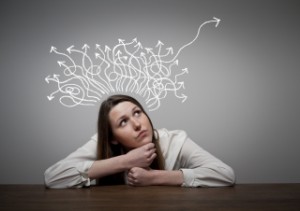 Many individuals might think that international students decide to study outside their home country based upon their desire to study within a specific country or university. However, this is not the case according to a recent study, conducted by Hobsons, on understanding the decision process of prospective international students. The study actually discovered that students first choose their area of study, then which country they would like to study in, followed by which university they want to attend. In fact, this UK survey consisting of 5500 prospective students from over 150 different countries found that 72 percent of students don’t even decide which university they would like to attend until after they have obtained their visa.

Of course the cost involved played a major part in the decision making process for a majority of students (75 percent), however, a few other key factors when it comes to students making decisions related to their study abroad experience include not only the students’ parents influence but also the governmental influence of the prospective host country- being able to obtain a visa in the desired country of study is the most important factor when it comes to students choosing where they would like to study. For example, many students decided not to study inside the UK due to the perception of the UK having heavy visa restrictions including not being able to partake in post-study work (24 percent) or a work-study program (24 percent).

Based upon the information provided, the study was also able to classify individuals into seven distinctive types of international students based upon their reasoning behind studying abroad. The seven categories consist of the aspirational returner, value hunter, emigrants, want it all, rich returners, premium value seekers and care free. Although students throughout each category had many similarities, different groups weighted information differently when it came to deciding on a host country and school.

This entry was posted on Wednesday, June 5th, 2013 at 9:31 am and is filed under International Student. You can follow any responses to this entry through the RSS 2.0 feed. You can leave a response, or trackback from your own site.

3 Responses to “How Do International Students Choose?”