Where Are International Students Studying? 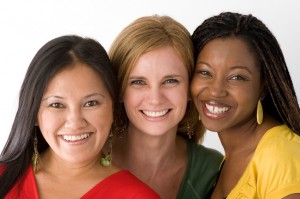 While the number of American students traveling abroad has seen a decrease in recent years, there has been a significant increase in the number of international students choosing to complete their secondary education in the United States.

According to the Open Doors Survey published by the Institute of International Education, international post graduate enrollment alone has increased by a noteworthy 4%. There were approximately 700,000 international students studying at U.S. colleges and universities in 2010, which reflected a significant increase in Chinese students joining the American academic scene.

The majority of international students studying in New York and other U.S. cities are joining us from the countries of China, India, and South Korea. These international students not only enrich the quality of American higher education by adding their invaluable perspectives and diverse world-views, they also contribute an estimated $20 billion dollars that go towards strengthening the national economy, according to the US Department of Commerce. Some of the most popular academic programs in the U.S. for international students have included business management, engineering, mathematics, physical and life sciences, and the social sciences.

This entry was posted on Tuesday, May 24th, 2011 at 4:50 pm and is filed under International Student, Study in the USA. You can follow any responses to this entry through the RSS 2.0 feed. You can leave a response, or trackback from your own site.

8 Responses to “Where Are International Students Studying?”