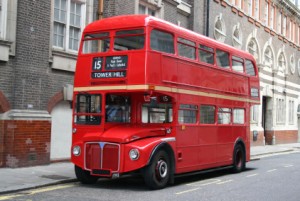 The new visa rules that emerged last month for the UK were unveiled Wednesday (10th February 2010) by the home secretary Alan Johnson. There were large concerns that the new proposed rule changes would impact English language schools, as it would increase the level of english required by applicants to a level that would rule out most students who come to the UK to study English.

The new rules to the “Points Based UK Visa System” was partially in response to a scam where older international female students were applying as a student to also bring in their husbands to the UK as dependents, and as such the changes are as follows:

The new changes, however, will not only affect English Language Schools as University Vice-Chancellors are also now concerned about this affect on university funding. At the moment international students are a major source of funding for universities in the UK, and these new changes, along with the suspension of visa applications in India due to a recent large surge at the tail end of last year – could see a large drop in the numbers of international students in the UK.

To read the full original article and for more information about the visa changes, please see the Guardian story.

Are you an international student trying to apply to the UK? Or are you concerned by these new regulations – post your comments below and let us know what you think!

This entry was posted on Friday, February 12th, 2010 at 3:00 pm and is filed under Study in the UK, Visa/ Immigration. You can follow any responses to this entry through the RSS 2.0 feed. You can leave a response, or trackback from your own site.

35 Responses to “Student Visa Clampdown Confirmed for the UK”

Study at a UK university
3 Tips for Editing Your College Admissions Essay
Preparing for the F1 Visa Approval Process
The 2021 Travel Video Contest is Now Open!