Sexual Assault as an International Student 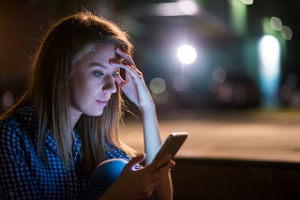 Sexual assault is any sexual contact or behavior that both parties are not in agreement on, at that point someone becomes a victim. Sexual assault can be visual, verbal or physical and can come in the form of unwanted kissing, touching or comments. Additionally, most sexual assault victims know their assailant. This means that it’s not something you only need to be concerned about when walking home alone at night, it can happen while hanging out with friends, at a party or on a date.

If you’re sexually assaulted the first thing to keep in mind is that it wasn’t your fault- even if you were under the influence of drugs or alcohol. If medical help is needed it’s important to seek help and know that you won’t get in trouble for being sexually assaulted while in the US. Also, as an international student who has been sexually assaulted, you will not be forced to return home or to make an official report.

A few offices on campus that can provide you with help if you are sexually assaulted include the student health center, counseling services, and your international student office.

Watch this video for more information on sexual assault awareness during your time in the US.

This entry was posted on Tuesday, November 8th, 2016 at 6:01 am and is filed under International Student. You can follow any responses to this entry through the RSS 2.0 feed. You can leave a response, or trackback from your own site.