How to Survive Communal Bathrooms When Living in the Dorms 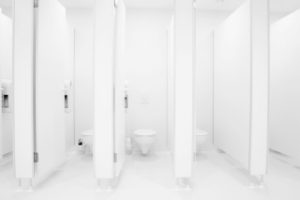 Unless you’re going to live on your own during your time in the US, you will have to share a bathroom with one, two (or more!) roommates. Although it might sound awkward, here are a few things to keep in mind on how to survive communal bathrooms when living in the dorms as an international student. With a little preparation, and a lot of patience it doesn’t have to be as bad as it seems.

Do you have any tips for making the not-so-fun bathroom sharing situation a little bit easier to handle?

This entry was posted on Monday, September 12th, 2016 at 8:08 am and is filed under International Student, Study in the USA. You can follow any responses to this entry through the RSS 2.0 feed. You can leave a response, or trackback from your own site.