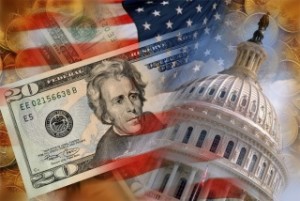 A recent article at Freakonomics.com asks the intriguing question: “Would Paying Politicians More Attract Better Politicians?” Politicians in America already get paid quite a bit of money; in fact some might even argue that they get paid too much. However, the question being asked by the website is not whether or not it would be fair to pay them more, just if we would have better people vying for the office if we were paying politicians more money. Surprisingly, research shows the answer might be yes.

According to recent research, countries with a higher pay rate for politicians attract people with higher IQ rates, better personalities, and more focus on public sector work. There is also the chance that, with a higher pay, the politicians will not be a susceptible to bribes and be able to support more genuine interests. How much is a higher pay rate? Well that answer is relative, but as an example, Singapore’s president actually makes $3 million a year. Compare that to the comparatively low $400,000 a year salary that the United States president gets.

Of course, paying politicians more money than they already receive would have some negative impacts too. For one, this would have to be something that politicians themselves would have to vote on. Politicians voting to increase their own pay, whether or not they deserve it, may hurt their approval ratings and decrease their chance of being reelected even if they are good and honest people. Also, there is the very real consideration of how much money people in the office deserve. It might seem strange, for example, for a fast food company to pay its employees more money because they have a problem with theft. This is because the company would seem to be rewarding dishonesty in roundabout a way. Of course, it could also be argued that the pay increase should be judged solely on its effectiveness. If paying people more makes them better at what they do, then maybe that is what is really important.

This entry was posted on Friday, January 8th, 2016 at 8:30 am and is filed under International Student, Study in the USA. You can follow any responses to this entry through the RSS 2.0 feed. You can leave a response, or trackback from your own site.

No Responses to “Paying Politicians More”