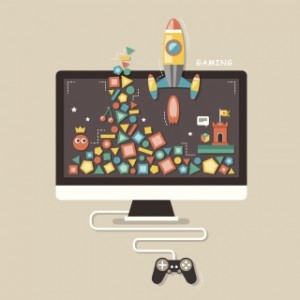 Even with the past economic roller-coaster, game design majors in the United States are still able to obtain successful careers in a sector of the US economy that has continued to thrive. These students will also be able to work with some of the most recognized and successful game design studios in the world.

However, there are some important and frequently under-asked questions for international students choosing a game design major to consider: “Should I get an Associate of Arts (AA), a Bachelor of Science (BS), or a Bachelor of Arts (BA)?”, “Will an undergraduate degree in game design from just any institution serve me equally?”, “Are there particular institutions or programs with affiliations to the studio I would prefer to be employed for?”

The field of video game design is diverse and draws material from the disciplines of mathematics, computer science, interpersonal communication and production. That being the case, video game design majors should have a clear idea of what role they would prefer to have on a development team. This will assist them in the configuration of the degree that will help enable them to serve in their desired role. For instance, a BS in game design reflects a strong programming foundation, whereas a BA indicates a specialization in the visual and narrative aspects of game creation.

By planning out his or her undergraduate degree in video game design, an international student can avoid unnecessary obstacles, as well as procure a degree exactly tuned to their specific ambitions!

No Responses to “Mapping your Undergraduate Degree in Game Design”