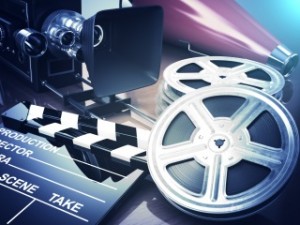 The average American spends 20 percent of their day watching television, according to Nielsen, a company that measures and records information dealing with television, radio, internet, and more. That means Americans spend 2 months of nonstop TV watching a year. The average child sees 20,000 commercials in a year and sixty-six percent of Americans watch television during dinner. This means Americans are watching more television shows, more movies and more commercials than they ever have in the past. International students studying film in the U.S. have the opportunity to work in the diverse field of television. From writers to producers, grips to cameramen, directors to gaffers, the film industry is non-stop and always needs new people for new projects to meet the demand of this popular pastime.

American television is full of a variety of shows and programming – similar to the rest of the world. The different types of programming are often aimed at informing or entertaining.

Infotainment is a new type of program. It presents information in an entertaining way. Examples of infotainment are certain news shows where the host talks about their opinion, documentaries and some reality shows.