Study Film: Know the Difference Between Film and Digital 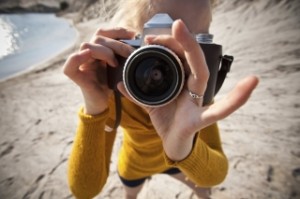 Color is one factor that can be compared when analyzing the difference between digital and film. In regards to color, high definition reigns king.

Resolution, or the detail an image holds, is another factor that can be compared. Higher resolution means more image detail. The term resolution is sometime misused for pixel count. Pixels are the smallest unit of a picture that can be represented. It is more accurate to compare the two media in terms of line count. For standard definition there are 525 horizontal lines for NTSC and 625 lines for PAL and for HD there are are 720p and 1080i lines. 35mm cameras have much more.

Although 35mm is still regarded as the better medium by some, digital is progressing and who’s to say it won’t catch up. For international students studying in undergraduate programs in film, it’s not necessarily the media you use. Sometimes it’s more about the story and what kind of camera can deliver your point the best.

If you want to learn more about studying film in the US, visit here.

No Responses to “Study Film: Know the Difference Between Film and Digital”