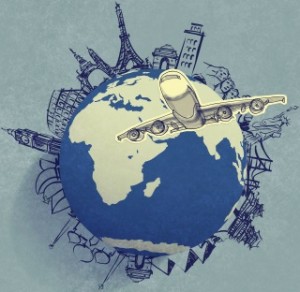 Diving further into where these students chose to study when they came to the United States, the top three states are California (111,379), New York (88,250) and Texas (62,923). The schools that have captured the most attention from international students in 2013 were:

Individuals coming into the US for academics is not the only trend that is on the rise when it comes to international education- US students studying abroad has also increased 3.4% over the last year. Fifteen of the top 25 destinations that US students headed to were outside of Europe, the top three were the United Kingdom (12.2%), Italy (10.5%) and Spain (9.3%). However, even with this increase there is still more than 90% of American graduates who have not studied abroad, according to the IIE President and CEO, Dr. Allan E. Goodman.

This entry was posted on Wednesday, November 27th, 2013 at 9:10 am and is filed under International Education, International Student, Study Abroad, Study in the USA. You can follow any responses to this entry through the RSS 2.0 feed. You can leave a response, or trackback from your own site.

No Responses to “Seventh Year Increase in International Education”