How to Live With A College Roommate For the First Time 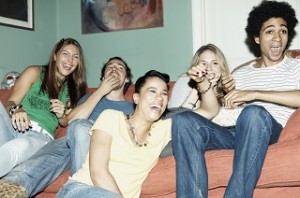 One of the many new experiences that international students who come to the US are exposed to is having a roommate for the first time! When living in the college dorms or residence halls, students are often paired with one or two other individuals who will become their roommate. Most incoming freshmen will not have the opportunity to pick their roommate, and are instead paired with a random individual- meaning having a roommate can sometimes be difficult. Individuals with a roommate for the first time can take note of these items to help make the new living situation a little easier:

Getting used to living in the same room as someone else can be hard for many international students who are used to having their own room. Both the student and their roommate will require personal space and private time- it’s a good idea to have personal space established early on by setting boundaries right away. It’s not a good idea to snoop through a roommate’s things or borrow clothes and food without asking for permission. Its best to give a roommate the space they deserve, and treat them with the respect you want to be treated with. If both roommates can follow this rule, chances are a close bond will be formed.

There Will Be Differences

There is a good chance that roommates will have different views or interest than one another, but it is still worth getting to know one another. Roommates come in many different shapes and sizes, there are those who are in the dorm a lot, and those that you rarely see. Some are really into academics; while others are more into the extra-curricular activities available. One of the most common sources of arguments amongst roommates is cleaning. If one roommate prefers a more tidy space than the other, it often causes problems. Even though the roommates may not be alike, it’s still a great chance to make that first friend in college. A roommate is someone to talk to, someone to eat with, study with or even just pass the time with.

This entry was posted on Saturday, July 13th, 2013 at 9:01 am and is filed under International Student, Study Abroad, Study in the USA. You can follow any responses to this entry through the RSS 2.0 feed. You can leave a response, or trackback from your own site.