International Education is on the Rise 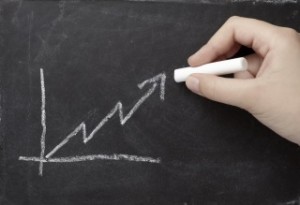 Each year the Institute of International Education (IIE) in partnership with the U.S. Department of State’s Bureau of Educational and Cultural Affairs report on top information when it comes to international students coming to the US and US students studying abroad.  The findings are reported and released in the annual Open Doors report. The 2015 Open Doors report provided us with very interesting information this year- take a look and see how the numbers panned out.

Why do we continue to see an increase in students pursuing international education? IIE’s President Dr. Allan E. Goodman suggests that “International experience is one of the most important components of a 21st century education,” Goodman said. “Studying abroad is one of the best ways undergraduate and graduate students gain the international experience necessary to succeed in today’s global workforce. And studying in another country prepares students to be real contributors to working across borders to address key issues in the world we share.”

The top places of origin for international students inside the US include the following countries for the 2014/2015 year:

As in previous years, China remains at the top of the list- increasing by 11 percent. However, although India was ranked in second place, it’s growth experienced an 29.4 percent increase (132,888 students), the highest growth for Indian students that has ever been reported by the Open Doors report.

Other countries that had a large increase in the number of international students studying inside the US included Brazil, Kuwait and Saudi Arabia.

Where are international students choosing to study? Here are the top five states:

If you would like more details on international students coming to the US and US students studying abroad, you can view more on the IIE Open Doors report here.

This entry was posted on Saturday, December 12th, 2015 at 6:09 am and is filed under International Student, Study Abroad, Study in the USA. You can follow any responses to this entry through the RSS 2.0 feed. You can leave a response, or trackback from your own site.