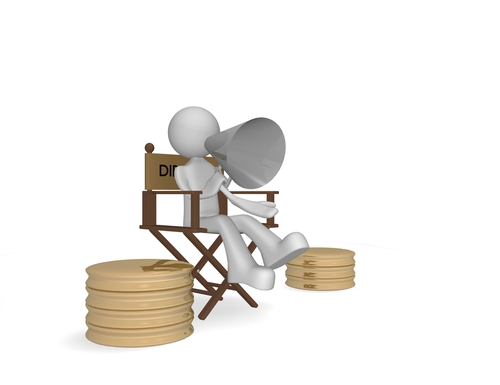 International students studying film will most likely be taking a variety of classes dealing with not only shooting video, but editing, producing, directing and much more. But the art of screenwriting is possibly one of the most important classes aspiring film majors can take and a major reason why people study film. Without a screenplay, there is no production. A screenplay is where it all starts. It’s the script, the action, the dialogue, the movie. Each screenplay fits into a genre, a theme. So what are the main genres?

Similar to the action genre, Adventure movies involve exploring new places. Adventure movies are characterized by treasure hunts, disasters and the search for the unknown. Notable adventure films include the Indiana Jones movies, Lawrence of Arabia and Robinson Crusoe.

In a comedy, the conflict causes funny events and it is usually a light-hearted film. Comedies are characterized by exaggerations, awkward situations and hilarious language. Examples of comedies are Wayne’s World, Dumb and Dumber and Clerks.

Drama could be called the opposite of the light-hearted comedy genre. Dramas are serious plot-driven stories dealing with real life characters. Examples of drama movies are Schindler’s List, Forest Gump and American Beauty.

Epics are stories told in times of great tribulation and are very similar to adventure films. Epics are characterized by war, specific periods and times and myths. Examples of epic movies include The Lord of the Rings Trilogy, Apocalypse Now and Gone with the Wind.

Fantasy deals with imaginary worlds where the rules are very different from reality. Fantasies are characterized by animations, altered reality and foreign worlds. Examples of fantasy movies are The Wizard of Oz, Alice in Wonderland and The Mask.

Boo! The horror drama is designed to scare audiences. Horror is characterized by ghouls, goblins, ghosts, vampires, zombies and other monsters including serial killers and psychopaths. Examples of horror movies are Alien, Halloween and The Blair Witch Project.

Romance is compelled by two people who are trying to win or keep each other’s love. Romance movies are characterized by lovers, betrayal, misunderstandings and passion. Examples of love stories are Casablanca, Roman Holiday and Pretty Woman.

War films are about war and set in wartime, obviously. War films are characterized by the horror and heartbreak of war, operations and prisoner of war tales. Notable war movies are Patton, Jarhead and Notorious.

Westerns are one of the oldest genres in the American film industry. Westerns are characterized by gun slingers, frontiers, dusty towns and cowboys and Indians. Famous westerns include True Grit, The Great Train Robbery and The Good, The Bad and The Ugly.

2 Responses to “Why Study Film?”