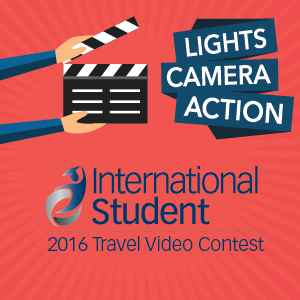 The 2016 Travel Video Contest entries are live and ready for you to watch! This year we received numerous video entries from around the world and they’ve all impressed us beyond our expectations. We’re thrilled to see so many talented individuals wanting to pursue international studies and expand their horizons with travels around the world.

Make sure you visit our site, watch the videos, and cast your vote. You have until November 4th to vote for your favorite video so start watching today!

This entry was posted on Friday, October 28th, 2016 at 4:27 am and is filed under Competition. You can follow any responses to this entry through the RSS 2.0 feed. You can leave a response, or trackback from your own site.