What International Students Need to Know About Liberal Arts 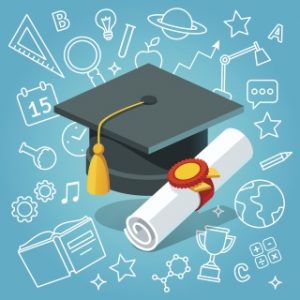 Are you an international student looking to continue your university education in the United States? If that’s you, then you’ve probably come across a number of American colleges and universities during your search that classify themselves as â€˜liberal arts’ institutions. Contrary to what you might think this means, the literal translation is not about being a liberal politician, nor studying the fine arts â€” though that option is available to you should you want it.

Instead, a liberal arts education is about giving you a well-rounded curriculum, rather than a subject-only set of courses. Crazy right? Well don’t panic. Read on for some insider information, so you can be better prepared if you decide to come experience the world of liberal arts education:

What a well-rounded curriculum under liberal arts means is that your education will be multi-disciplinary. Basically, during your course work, you will take classes that are not necessarily related to your major. For example, even if you’re a business major, you will also be required to take classes on science, art, literature or foreign languages. The idea is to make you a more well-rounded individual and to better prepare you for life after university study.

Not everyone agrees that liberal arts is the best method, but there are a great deal of benefits to this type of study. The idea of taking a class about 18th century French history when you are a pre-med major may sound completely alien to you, but the four-year bachelor’s degree is meant to prepare you for real world situations â€” as well as for further training programs should you choose the path of lawyer, doctor, professor, etc.

There is no â€˜laizzez-faire’ attitude when it comes to studying in a liberal arts environment. Unlike some university programs around the world, a liberal arts program in the United States will expect students to actively participate in discussions, be present in the classroom and seek out mentorship from their professors.

For example, universities in the UK value independent learning and initiative. However, liberal arts universities, according to Whitman College and Cambridge University alum, Natalie Tamburello, “encourage questions, collaboration, and for students to seek constant input from advisors and professors.” Your education is meant to be an interactive experience.

Most liberal arts institutions also like your education to be experiential. This means you may have a biology class one day that visits a wildlife preserve to understand the importance of maintaining native plant and wildlife in the area. You might also study the influence of corn cultivation on food production in the United States by taking a trip to the local grocery store and identifying the varying corn products found in food we eat every day.

Your university might also highlight the importance of extra-curricular activities, like sports, Greek life or other clubs and organizations on campus. Another major difference between university in the United States and elsewhere is the campus life experience. This entire micro-environment the university creates give you an immersive liberal arts experience. Through classroom learning, experiential lessons and integral campus activities, what you learn will come to life during your day-to-day activities.

You may think it’s a bit silly to study World War II or creative writing when you are a physics major, but the goal of a liberal arts education is to challenge your mind, force it to learn things out of the ordinary and in turn, draw connections between the uncommon. In today’s workplace, employers appreciate applicants with a liberal arts background because they are better problem solvers and integrated critical thinkers. They also often think outside the box, encouraging innovation.

Because this type of education encourages and fosters curiosity, inquiry and critical thinking, learning about unfamiliar topics will become completely normal to you. Getting a liberal arts education will prepare your for the real world, but it will also instill in you a lifelong love of learning that will continue to push your skills and limits, bringing out your full potential.

There are a lot of critics when it comes to the value of a liberal arts education. However, as an international student, if you are truly looking for the ultimate American college experience, liberal arts is the way to go. It may be challenging because it is different to you at first, but there isn’t a better environment to be in to learn something new. Remember, in a liberal arts setting, your peers and professors are there to help and guide you.

They have a vested interest in you and the goals you wish to accomplish, and they’ll do as much as they can to help you succeed and achieve them.

This entry was posted on Friday, July 8th, 2016 at 6:56 am and is filed under International Student. You can follow any responses to this entry through the RSS 2.0 feed. You can leave a response, or trackback from your own site.