Places to See and Things to Do in North Dakota 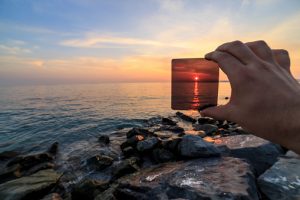 In September of 1883 Theodore Roosevelt (the 26th president of the US) visited the wild and uncivilized state of North Dakota on a buffalo hunting trip. Struck by the sheer loveliness of the landscape, Roosevelt called the state “a world of beauty and color and limitless space,” and actually purchased two ranches in North Dakota shortly thereafter.

It’s no surprise that North Dakota natives will still say that Roosevelt’s words speak truth of the state â€“ even though his words were spoken more than a century ago! With all of the natural landscapes and rugged terrain that are still so much a part of North Dakota, there’s plenty to do and see.

Here’s a list of five of our favorite places in the fourth least populated state in the country:

If you like the outdoors, there are countless places to visit in North Dakota. Whether you’re looking to go on a lake vacation at Lake Metigoshe State Park or wanting to ride a horse or ride a mountain bike with Dakota Cyclery Mountain Bike Adventures, there is always something to do in the Peace Garden State!

This entry was posted on Friday, May 20th, 2016 at 5:34 am and is filed under International Student, Student Travel, Study in the USA. You can follow any responses to this entry through the RSS 2.0 feed. You can leave a response, or trackback from your own site.