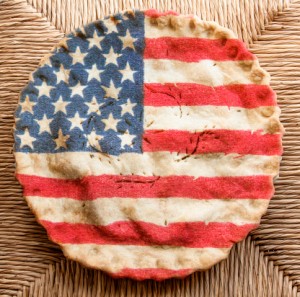 The United States has always been a melting pot of cultures, so it makes sense that the food would follow suit! Over the years, recipes from around the world have been heavily improvised with different ingredients and processes to create a hodgepodge of American culinary cuisine.

Not to sell the United States short, there are some tasty treats that can be considered â€˜authentic American’ â€“ we do take credit for key lime pie, tater tots and Twinkies, for example â€“ but overall, the majority of American food originated outside of the US, and we’ve simply made it our own.

With so many delicious options to choose from as an international student, we’ve done some of the legwork for you by creating a list of five foods you simply must try while in the United States, staring with a personal favorite, the all-American burger.

We hope that this list makes you hungry, but don’t feel bad if you have to ease into American food. It can be a big adjustment. Though these are some must-tries, eating the majority of these foods can be heavy on your stomach, so it can be best to try one or two before diving through the entire list. There are many, many dining and food options in the US, so when in doubt, ask a classmate! They are likely to have insight on the best restaurants in town and may even have suggestions for specific dishes you need to try.

Now that you are more familiar with some of Americans favorite dishes, do you know tipping etiquette?

This entry was posted on Friday, April 22nd, 2016 at 5:58 am and is filed under Back to School, Study in the USA. You can follow any responses to this entry through the RSS 2.0 feed. You can leave a response, or trackback from your own site.