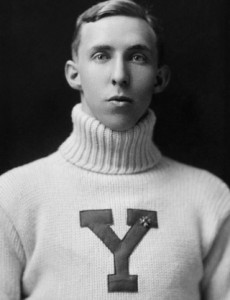 Yale University is one of America’s premier universities, and Yale’s literature program is one of the top in the United States. Offering a flexible and prestigious program at both the undergraduate and graduate levels that will help prepare you for any career in literature, studying literature at Yale University is a great aspiration for ambitious international students.

The undergraduate program in literature at Yale University is run through Yale College, which covers all undergraduate studies at the university. The foundation of the program is flexibility â€“ with just a few absolute requirements, students are left to build their own course of study with the help of their advisor. The courses in Yale’s literature program are divided into two major types: lecture and seminar. Lectures are more general classes that cover literature of major time periods, genres, and other such distinctions while seminars look more deeply into specific ideas of literature, including thematic issues that span multiple periods and genres. Undergrads should balance both, but make sure to build their foundation with lectures before hitting the more intensive seminars.

As is the case with many English degrees nationwide, seniors in Yale’s literature program will have certain senior requirements â€“ but in keeping with Yale’s flexibility, the ways to meet these requirement are many. Seniors can put together various combinations of the senior seminar, which is an intensive class accompanied by a final essay, and the senior essay, which is an independent study devoted to producing a substantial written work on literature.

Where the undergraduate program has a theme of flexibility, the graduate program in literature at Yale University focuses on pluralism, taking pride in the many different subjects and methods available for study. For example, the English Department offers combined master’s degrees with four other departments (African-American Studies, Film Studies, Renaissance Studies, and Medieval Studies) and has affiliations with three more. If you’re looking for diverse ways to study literature, and it’s within your budget, you will want to consider the opportunity to study literature at Yale University.

Boasting a flexible undergraduate program and a multi-tiered approach in the graduate branch, Yale’s literature program is a prestigious, desirable literature option for any elite international student!