Taking a Class on Shakespeare when Studying Literature 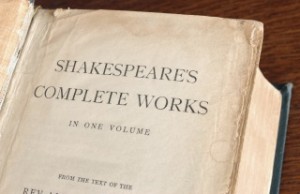 Students who study literature spend a lot of time reading and analyzing many different types of literary writing. While the guidelines are not exact, different literature programs will often cover very similar topics, at least among their required courses. One of the most common literature courses is a course on the most famous of English-language playwrights: the Shakespeare class.

Taking a class on Shakespeare when studying literature is an exciting prospect to some, while to others it’s outright terrifying. The Bard’s language is completely different from the English of today, which makes studying Shakespeare a particularly difficult prospect for international students who may not have had previous exposure to this archaic form of English. Whether or not the assigned book list contains annotated versions of Shakespeare’s work, students should make sure to buy annotated copies to help clarify the subtleties of language that Shakespeare used so well.

There are a few ways that a Shakespeare class is commonly structured. The first is by genre. Shakespeare’s plays are typically broken down into three types: drama, comedy, and history. Some classes focus on only one of these genres, while others will cover all  three genres, but divide the course to address each as a separate unit.

Shakespeare classes can also be built around exploring the Bard’s progress throughout his career, starting with his early work and moving to his later material. Sometimes this is even divided into multiple courses, titled: “Early Shakespeare,” and “Late Shakespeare,” or something similar. Studying Shakespeare in order, rather than by genre, is a particularly good way to examine his skills as an author and how they progressed through time, giving students some inspiration for their own careers!

The Shakespeare class can be challenging, but it is an important part of any literature education. Dive in and get excited for some of the most important written work within the English language!

This entry was posted on Monday, July 6th, 2015 at 7:53 am and is filed under International Education, International Student Study Section, Study in the USA. You can follow any responses to this entry through the RSS 2.0 feed. You can leave a response, or trackback from your own site.

No Responses to “Taking a Class on Shakespeare when Studying Literature”

Most Affordable Universities in USA

Masters in the US