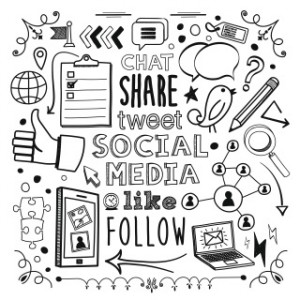 Companies have caught on to the notion that most college students may not be professionals in a particular field just yet, but they might as well be professionals when it comes to networking through social media. With their tech-savvy skills and generational experience, college students and recent college graduates have been helping to promote, advertise and network for companies and agencies across the globe, thus emerging new careers in social media. The most popular social media channels are Facebook, Google+, Instagram, LinkedIn, Pinterest, Tumblr, and Twitter, and international students hoping to become hired in a social media position should know how to navigate the preceding social media platforms in order to properly communicate with the company’s customers or audience.

If you constantly find yourself tweeting, posting, blogging, updating, photographing, and pinning, you may want to consider a career in social media. With media convergence and the digital age, it has become a more efficient and economic choice for businesses to promote, communicate and network via social media.

No Responses to “Emerging Careers in Social Media”