Things to do When Studying in New York City 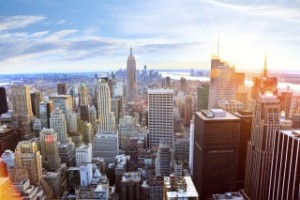 At some point, students who study in New York City should take the time to visit its historical landmarks, such as the Statue of Liberty, Ellis Island, the Empire State Building, and The World Trade Center Memorial. This is a great day trip for students interested in history.

Students interested in the fine arts who are looking for things to do in New York must at some point visit the Metropolitan Museum of Art, or the Met, one of the foremost collections of fine art in the world. The Met contains pieces from early 20th century portraits and sculptures to the works of Frank Stella, and there is bound to be something to interest everyone. Set aside a day to visit, and wear comfortable shoes!

Students who study in New York City should also take the opportunity to visit Madame Tussauds Wax Museum. This world famous wax museum contains stunningly accurate representations of everyone from Britney Spears to President Bush to Captain Jack Sparrow. It is well-worth the visit.

Students looking for things to do in New York must also pay a visit to Broadway. The most famous theater district in the world, Broadway offers a chance to see shows from The Lion King to The Book of Mormon. No stay in New York City is complete without at least one trip to Broadway.

Students who study in New York City may find themselves on a budget. If this is the case, consider spending the day strolling through Central Park. There are plenty of recreational activities and there’s generally something going on, like the Central Park Film Festival. And best of all: it’s free!

Students studying in New York City will never be at a loss for things to do. No matter what your interests, there is bound to be something for everyone.

If you want to study in New York but still need to find a school check out our list of colleges and universities inside New York. Don’t forget that there are a number of great schools throughout the state of New York- don’t forget to look beyond New York City.

This entry was posted on Monday, March 16th, 2015 at 8:40 am and is filed under International Student, Study in the USA. You can follow any responses to this entry through the RSS 2.0 feed. You can leave a response, or trackback from your own site.