What are the Best Cities to Study Sociology? 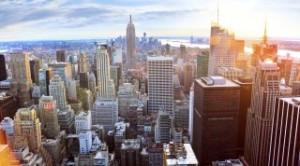 Deciding where to study sociology in the US can seem pretty daunting. Cities can be attractive locations for international students to study. They tend to be culturally, ethnically and religiously diverse which allows the adventurous student to explore other cultures and gives the homesick student the ability to find a familiar community. The three largest cities in the United States are New York City, Los Angeles, and Chicago; they also happen to be great cities to study sociology.

New York, New York
New York City has been the largest city in the US since 1790. It has a major influence on finance (home of wall street and the New York stock exchange), the arts (e.g. home of the Broadway theater district, 2nd largest in film industry and over 500 galleries), media and international relations (e.g. home of the United Nations). New York City is ethnically, linguistically and religiously diverse. Over 800 languages are spoken in the city and 36% of its population is foreign born. New York has many colleges and universities to choose from including some of the best schools to study sociology: Columbia University, New York University, SUNY and The New School. The climate of New York City is cold and damp during the winter (32.1 degrees on average), mild springs and autumns, and hot and humid summers. New York City has the most extensive mass transit system in the US, and it’s open 24 hours a day, making it an easy city to explore for students who do not own a car.

Los Angeles, California
Los Angeles is located in southern California, where the whether is pretty mild year round. Like New York, Los Angeles is one of the most ethnically diverse cities in the US and has an extremely influential and active arts scene. Los Angeles has been called the “creative capital of the world” as 1 out of every 6 residents works in the arts. It is the home of Hollywood, as well as over 840 galleries and museums. There are three public universities as well as one private university in Los Angeles that are among the best schools to study sociology: California State University- Los Angeles, California State University- Northridge, University of Southern California and University of California- Los Angeles. International students should be aware of the transportation situation in Los Angeles. If you’re living off campus, it will probably be necessary to purchase a car as Los Angeles has an extensive freeway system, but not an extensive mass transit system.

Chicago, Illinois
Chicago is the third largest city in the US and is located on the southwestern shore of Lake Michigan. The climate of Chicago is different than Los Angeles in that it has four distinct seasons. The average temperature in the summer is 85 degrees, while the average temperature in the winter is 24 degrees. Chicago is an international hub for finance, commerce, telecommunications and transportation. While less ethnically diverse than New York City and Los Angeles, Chicago offers people many different places to worship with adherents of Judaism, Islam, Buddhism, Hinduism, Jainism, Sikhism and Baha’i. Some of the best schools to study sociology in Chicago are University of Chicago, Northwestern, and University of Illinois-Chicago. Chicago, like New York City, has rapid transit (L-train and subway) open 24 hours a day, which makes life easier for international students without cars.

Each of the cities mentioned above are attractive in their own ways and each is a great city to study sociology. They each have their own distinct culture, food, and exciting nightlife, and each city has plenty of universities to choose from.

To get more information on what studying the various US states entails, find out here.

This entry was posted on Tuesday, December 23rd, 2014 at 9:00 am and is filed under International Student. You can follow any responses to this entry through the RSS 2.0 feed. You can leave a response, or trackback from your own site.

2 Responses to “What are the Best Cities to Study Sociology?”