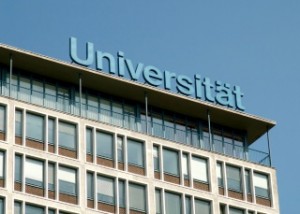 If you’re wondering why Germany is offering such a great deal on a college education, in short, the general consensus of those in Germany is that they feel everyone is entitled to a high-quality education. German Senator, Dorothee Stapelfeldt even stated that

In 2005 Germany lifted the ban on tuition and fees for higher education, this led to a few colleges charging fees, and many individuals throughout Germany to react negatively. Earlier in the month, the decision to lift the ban was reversed.

Before you get too excited about free tuition for international students in Germany and start applying to universities throughout Germany, keep in mind that you must be fluent in German. If the chance to have a free education is worth learning or perfecting a new language to you, you can always start learning with a free tool such as the Duolingo app.

Also, if you’re wanting to experience college life via fraternity and sorority life, fitness centers, dorms and a student union- make sure you really look into what life as a student at the German University of your choice is like. More often than not you won’t find any of those items in the university welcome packet.

If you speak German and aren’t too concerned with the extracurricular extras, it might be time to find your passport!

This entry was posted on Wednesday, October 15th, 2014 at 9:43 am and is filed under International Education, International Student. You can follow any responses to this entry through the RSS 2.0 feed. You can leave a response, or trackback from your own site.

8 Responses to “Free Tuition for International Students In Germany”