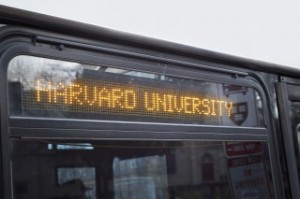 When you think Harvard Medical School what comes to mind? You’re probably picturing students in white lab coats with clipboards making rounds in a hospital, or a classroom filled with the best of the best, quickly jotting down notes from a professor in one of the best schools for medicine.

One thing you probably don’t picture is a group of medical students singing and dancing on a stage in front of an audience. However, this is an experience that all second year students can expect to go through. It is a tradition for second year medical students to write, direct, produce, and perform a Harvard Medical School musical called the Second Year Show. The names of these musicals often parody movies and plays from popular culture and the plot of the musicals are light-hearted and often satirical takes on some of the stresses of being a med student. Some recent titles include “Back to the Suture”, “The White Coats Are Coming”, “Cramalot”, “Martin and the Amazing Technicolor White Coat” and, most recently, “Hangoverdose.”

After the stress of studying for an entire year the Harvard Medical School musical gives students a much needed break from the academic stresses and lets students (and their friends and family) let loose and have some fun. The musical typically takes place at a local community theatre and it is open for the public to attend.

This tradition’s history goes all the way back to 1907, which is when the first Harvard Medical School musical was performed by the Aesculapian Club. The purpose of this club is to make time at the school easier for students and staff alike, and the musical really caught on. The idea for the Second Year Show became so popular, in fact, that Yale’s medical school began their own version in 1947, which is also named the Second Year Show. Some of their recent musical titles include the “RX Files” and “Staph Inception”.

If you’re interested in studying at Harvard you can learn more here.