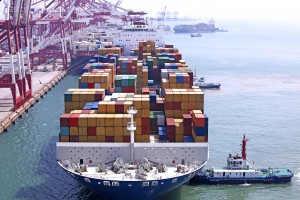 After walking across that long stage with your transportation and logistics degree in hand, your future employer could transfer you across the globe.  From the sunny shores of Puerto Rico to the snowy Alps, the world will be your oyster â€“ given that you received a great education from a well-respected school, of course.

So take out a pen and paper and check out the best schools in the country for supply chain management, according to US News & World Report.

Another Michigan-state school appears later on this list, but U of M is one of the top universities in the country and Ann Arbor is a quaint, small-town with a beautiful campus. Michigan has a legacy of academic excellence and since the 1960s has been a major progressive force in the national culture.

Purdue University in Indiana was founded in 1869 with a gift from John Purdue, a local businessman. The school’s engineering and science departments consistently receive high-marks (the school is famous for the number of astronauts it has produced) and the strengths of these departments are critical to the study of logistics.

The University of Maryland offers an ivy-league-quality education less than ten miles from the nation’s capital. Because of its proximity to Washington D.C., the university has developed research partnerships with government institutions that offer students unique learning and internship opportunities.

Carnegie Mellon is a premier research university and it recently joined The Center for Urban Science and Progress, an applied science research institute that includes as partners New York City, institutions and private technology firms from around the globe, and other flagship universities. Of course, science and engineering play key roles in the logistics of urban planning and development.

Founded in 1794, the University of Tennessee is one of the oldest public universities in the United States. Its logistics and supply chain management program have been regarded as among the best for many years.

Pennsylvania State University, commonly known as Penn State, is a public research college that offers to its students more than 160 majors, but prides itself on science and engineering research.

Although Arizona State was founded in 1885, it was only declared a research institute in 1994, making it one of the newest research universities in the country. The school’s Productivity Improvement Laboratory offers students a chance to simulate real-world scenarios as well as experiment with system optimization.

Located on the Charles River in Cambridge, MIT is one of the most prestigious mathematics and technology institutes in the world. If you are accepted to MIT, you’ll not only be taught by faculty-members at the tops of their fields but also play classmate to the brightest minds of your generation.

The historical and contemporary importance of manufacturing in the state economy make Michigan an ideal place for studying logistics. Michigan State is ranked ahead of a place like MIT because of specialized program benefits it can offer to undergraduates. Michigan State isn’t merely a good tech school, it is a great school for supply-chain management.

The rankings and statistics above are in regards to undergraduate studies. Fortunately, when it comes to graduate studies the same ten schools top the list (with one exception: the University of Pennsylvania’s business school replaces University of Maryland on the graduate school list). Any of these schools would be great choices for a degree in supply chain management, but which interests you the most? Visit our USA school search to check out these schools further.

This entry was posted on Monday, April 14th, 2014 at 6:05 am and is filed under International Education, International Student, Study in the USA. You can follow any responses to this entry through the RSS 2.0 feed. You can leave a response, or trackback from your own site.

One Response to “Top 10 Schools to Study Supply Chain Management”