Things You Must Do In Hawaii 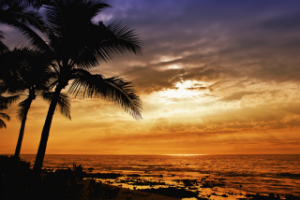 Few places on earth are as secluded, yet as accessible as the lush tropical jungles and pristine beaches of Hawaii. Home to Mount Waialeale, one of the rainiest places on earth and the only nation with an increasing land area (due to continuous volcanic eruptions), this little piece of heaven offers new experiences and surprises behind every palm tree.

Whether you choose to study in Hawaii, or simply visit, in between riding the waves and learning to hula, here are a few things you have to check out while in paradise:

If Hawaii sounds like where you want to study, see what colleges and universities are in Hawaii.

This entry was posted on Thursday, April 3rd, 2014 at 1:10 am and is filed under International Student, Student Travel. You can follow any responses to this entry through the RSS 2.0 feed. You can leave a response, or trackback from your own site.

No Responses to “Things You Must Do In Hawaii”