Experience Super Bowl While Studying in the US 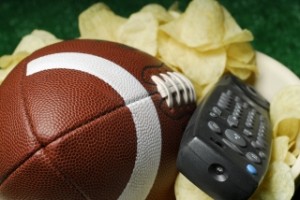 On February 2nd millions of individuals in the United States will turn on their TV for one of the largest US television events of the year- the Super Bowl. Thanks to the half time show and ingenious commercials, both sports fans and non-sports fans alike find common ground when it comes to gathering for the Super Bowl.

International students in the US won’t want to miss the chance to watch the game, munch on snacks and enjoy the company of new friends. If you’re not going to the Super Bowl game in New York then the next best thing is to throw a Super Bowl party. Here are a few tips to throwing a great Super Bowl party:

You can learn more about Super Bowl and what to expect before the big game here. Don’t be late for kick-off!

This entry was posted on Saturday, February 1st, 2014 at 8:56 am and is filed under International Student, Study in the USA. You can follow any responses to this entry through the RSS 2.0 feed. You can leave a response, or trackback from your own site.

No Responses to “Experience Super Bowl While Studying in the US”