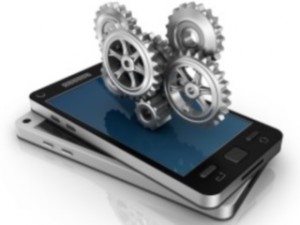 As mobile development becomes an increasingly viable and accessible field for individuals with knowledge of programming languages, students of computer scienceâ€”international students includedâ€”continue to try their hands at the potentially highly lucrative endeavor of developing applications for mobile devices.

Development for Android has surpassed mobile development for any other platform, including Apple’s iOS. The continued popularity of Android development amongst mobile platforms is, in part, due to the accessibility of the Android SDK (software development kit), the reliance of Android development on the universally-known programming languages of HTML, Java/JavaScript, C, C++, and the ability to freely upload to the Android marketplace. This combination means that any international student with programming knowledge can download the required software to try their hand at creating an Android application, subsequently upload it for free to the Android marketplace, and potentially turn a profit while gaining freelance programming experience.

Contrast that process with mobile development for devices that run on Apple or Palm-based operating systems. IOS development takes place within a heavily-regulated infrastructure, wherein it is free to create programs, but it requires a developer’s license (attainable for an annual fee of $99) to release applications to the Apple marketplace. Moreover, once released for iOS, Apple retains 30 percent of revenue generated by sales of the application. Development for Palm-based devices employs dated programming languages for devices with significantly less market penetration than their Android or Apple-based counterparts. Therefore, there is less incentive for mobile development on these platforms than exists for Android development.

The combination of being based on prominent programming languages, open infrastructure, and low-overhead regarding the acquisition of required software makes Android development the most popular platform for mobile development.

No Responses to “Android vs. iOS Platform for Mobile Development”