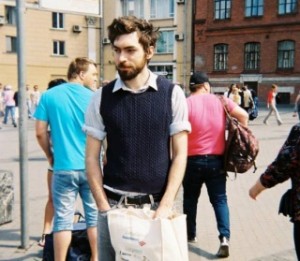 The time has come to announce the top three winners of our first annual essay contest. We received more than 200 entries meaning our judges spent hours narrowing down the top finalists. We receive numerous great essays from international students around the world, and it was difficult for our judges to choose the first, second and third place winners from the top six finalists- but the votes are finally in.

And the Essay Contest winners are:

1st place ($200): “Mother’s Fear Means She Wants You Near” by Milan Djurasovic– Telling your mother you will be moving to Russia is not an easy task. Milan shares the nitty-gritty details of how his mom took the newsâ€¦you won’t want to miss her reaction.

2nd place ($75): “Parents Are Always Right” by Sofia Camacho– When relocating to New York from Colombia, Sofia is quick to realize that she’d been preparing her whole life for the obstacles she was about to face. What used to be torture becomes music to her earsâ€¦

3rd place ($25): “Culture Shock Or A Lesson Towards Life?” by Eshul Rayhan- Get true insight into the roller coaster of emotions international students go through: “It was overwhelming and I had a mixed feeling of immense joy and utter sadness. I was confused what to feel and what not to.”

Thank you to each international student who entered their story into the contest- there were many intriguing tales and our judges were entertained and impressed. If you want to check out each of the essay contest winners stories you can read them here.

This entry was posted on Thursday, September 26th, 2013 at 10:30 am and is filed under Competition, International Student, Study Abroad. You can follow any responses to this entry through the RSS 2.0 feed. You can leave a response, or trackback from your own site.

No Responses to “Announcing the Essay Contest Winners!”