Get Blown Away By This US Slang Guide 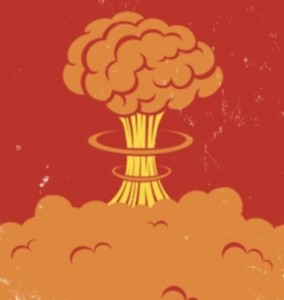 If you are an international student wanting to come to the U.S. to hit the books (study) or if you are already here, you have probably already noticed that sometimes your American friends say things that throw you off (confuse you).  Like other countries we have developed a list of casual US slang words. While this is great for the conversation flow of natives, it can be confusing for international students like you. To help you decode what exactly is being thrown your way (presented or said to you) – we have come up with a few common words and phrases you need to keep in mind.

When meeting someone for the first time or passing a fellow student on the sidewalk, commonly you will hear “what’s up.” They are not literally asking what is up in the air, they are instead asking how you are doing. Usually this remark is answered in a simple “hey” or “not much.” Hey can be used in exchange for Hello or Good day.

After an all-nighter a student might tell you to chill out or relax about your test. An all-nighter is a night that a student does not sleep because they are studying. Chill out is said when someone wants the other person to calm down and not get angry or upset about an issue.

Different parts of the United States have different slang. In the south you might hear, Y’all (you all), in the Northeast you might hear water bubbler (drinking fountain), while in the mid-west you might hear buggy (car or shopping cart). They also say, coke or pop– both of which mean soda.

Below are some other words you might want to know.

Just like in your country, it is easier to shorten words and common to take out the formality of phrases. Have an awesome (fun) time chillin (staying) in the United States and do not forget to hit those books!

This entry was posted on Saturday, August 24th, 2013 at 8:30 am and is filed under Back to School, International Student, Student Travel, Study Abroad, Study in the USA. You can follow any responses to this entry through the RSS 2.0 feed. You can leave a response, or trackback from your own site.

No Responses to “Get Blown Away By This US Slang Guide”