The Studio is the Stage: Recording Arts in Action 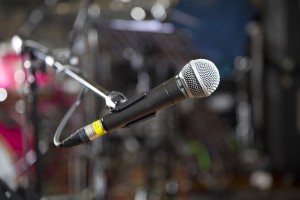 In the heart of the Astoria neighborhood of New York City, music fans have a rare opportunity to see recording arts in action. Though it may appear to be just a small venue, Mor Mezrich’s Ears and Gears Studio is a fully functional recording studio where attendees are able to peak behind the scenes while watching musicians up close.

Far away from the bustling streets of New York City, Mor Mezrich grew up in Israel. Technology has always been a part of his life since he grew up surrounded by a family of engineers. At an early age he developed a love of music and while still a boy he was brought into a recording studio. From this moment he was hooked. Everything about the studio fascinated him. This experience of the recording arts in action would ultimately influence his creation of Ears and Gears. Before this creation, he spent time in California where he was inspired by the classic rock and roll of the 1960s. Seeking to hone his craft, he moved to Boston and earned an undergraduate degree in recording arts from Berklee College of Music in 2006. Training at Berklee with several big names in music production, Mezrich solidified his status as a great musician and producer.

In 2010 Mor Mezrich founded Ears and Gears Studio in Astoria. The name itself was inspired by a piece of advice Mezrich received along his path, “It’s the ear, not just the gear.” Since then, the studio has gained a reputation not only for its intimacy, but for Mezrich’s technical expertise. In the summer of 2012, the studio sought to help the growing Astoria music scene by kicking off the Live at Ears and Gears series where local and national artists perform in a recording studio that can hold about 30 people as an audience. The RSVP-only events allow music lovers to not only get a great show for free, but also to experience and observe the recording arts in action. After each show, members of the audience can go online and re-experience the show through the eyes and ears of the studio’s many cameras and microphones.

In an age where popular music can sometimes seem so removed from us, Mor Mezrich has found a way to share his passion for music on the stage and behind the scenes with an excited audience. International students interested in recording arts just as Mor Mezrich was can can find more information here on pursuing an undergraduate degree in recording arts.

No Responses to “The Studio is the Stage: Recording Arts in Action”