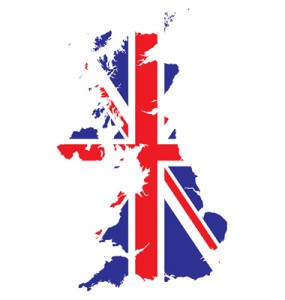 As we reported here over the last year, the UK Government has been clamping down on the student visa process for those looking to come into the UK. The new processes that have been brought in were designed to close up holes that the government thought existed and were being exploited by individuals to get into the country.

The greatest concern with these new regulations has been the effect this will have on English Language Schools in the UK, as many of the new laws would prohibit many english learners from entering the country – thus effectively killing off business for thousands of schools. Some of the reforms were challenged by EnglishUK when they won a high court battle to have some of the changes halted. However, it seems the government is pressing ahead with their efforts to reform the visa system in the UK.

The latest move by the government has been to cut the number of student visas they are issuing, which has been attacked by Labour’s Lord Hunt of Kings Heath. He said the policy “undermined” public statements by Trade Minister Lord Green that ministers regard “educational institutions as export earners”. He asked whether the government understood “that this will have a devastating impact on the finances of many of our universities and will do enormous damage to UK interests”.

The Conservatives have hit back at these comments, however, and spokesman Earl Attlee replied: “We are clear that we are not targeting genuine students at universities.” In a previous statement on the changes, Immigration Minister Damian Green has said: “Too many individuals applying to study at below degree level have been coming here to live and work instead. We need to stop this abuse.”

It will be very interesting to see how this all plays out, the government in the UK clearly wants to clamp down on abuse of the system, but how much of this will affect genuine students, or even deter students from looking at the UK as an option?

This entry was posted on Thursday, February 17th, 2011 at 10:17 am and is filed under Study in the UK, Visa/ Immigration. You can follow any responses to this entry through the RSS 2.0 feed. You can leave a response, or trackback from your own site.

4 Responses to “Student Visa Cuts will Damage the UK”

Study at a UK university
3 Tips for Editing Your College Admissions Essay
Preparing for the F1 Visa Approval Process
The 2021 Travel Video Contest is Now Open!