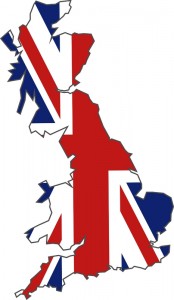 English as a second language is a thriving industry in the UK, with an estimate 600,000 students traveling to the UK each year to study. More than half of these also then go on to higher education courses – and for this reason the English Language industry brings in over £1.5bn to the British economy each year.

However, the booming industry has some major concerns regarding the new points based visa system. Brought into use back in April 2009, the new points based system was originally designed to close down bogus colleges and institutions – and for a large part the system succeeded. However there were still concerns that the system could be abused, and at the tail end of 2009, the UK Prime Minister Gordon Brown ordered a review of the system in order to tighten it up.

This review led to new proposals being put forward to raise both the level study and the standard of English for any applicant coming into the UK on the points based system. Although this new proposal will almost certainly remove further abuses of the system, it will also certainly exclude all students who want to come into the UK for six months or more to develop their English skills from a basic level.

Philip Hopkins, principal of the English Language Centre in Brighton, says that if the government’s proposals come into force, about 40% of the school’s business would be wiped out. “We are an educational charity founded in 1962 and many of the students we get for long-term courses are students who go on to a foundation, undergraduate or master’s programme and will be in the UK education system for the next four or five years.”

Clearly the UK Government needs to review their current proposals, otherwise we could see some serious knock-on effects to the English Language sector in the UK. For more information about this article please see the original news source at the Guardian Newspaper.

You can also search for a range of ESL programs from all around the world through the ESL Directory.

This entry was posted on Wednesday, January 20th, 2010 at 3:34 pm and is filed under Study in the UK, Visa/ Immigration. You can follow any responses to this entry through the RSS 2.0 feed. You can leave a response, or trackback from your own site.