Attacks on International Students in Australia 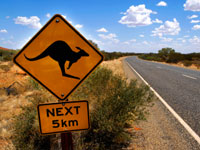 As we reported in our January issue of the International Student News, there has been a recent spate of attacks against international students in Australia, and most notably on students who are studying there from India. The problems have been grumbling for a while and came to a head earlier this month when accounting graduate Nitin Garg, 21, originally from the state of Punjab in northern India, was stabbed to death on January 2nd when on his way to a job at a fast food outlet in Melbourne.

There has been a lot of outcry from both academics in Australia and India, claiming that the Australia government has been doing too little with regards to the matter. Melbourne University professor Simon Marginson, delivering a keynote address to the World Universities Forum in Davos, said “The Australian government is in denial. Racist targeting is involved (in the attacks). Indian students do have a special problem. And there isn’t enough official and civil concern about international student security in Australia.”

The international student industry in Australia is one of the largest in the world with revenues expected to be in excess of $15 billion a year. The government has been heavily criticized for sticking their heads in the sand, denying there is a problem and only providing only modest security enhancements for know trouble spots.

Are you an international student in Australia – or planning to attend school in Australia? Post your comments and thoughts below:

This entry was posted on Wednesday, January 13th, 2010 at 4:34 pm and is filed under Study in Australia. You can follow any responses to this entry through the RSS 2.0 feed. You can leave a response, or trackback from your own site.

31 Responses to “Attacks on International Students in Australia”